Polish women have finally had enough of their human rights being ignored and abused by the ruling party (it’s the PiS Party, appropriately anachronized, wouldn’t you say?) and the catlick church’s influence in the affairs of their lives.   They’ve taken to the streets in large numbers and have found support from women’s rights groups across the globe.  I have yet to read of the American solidarity protest but I’m sure their must be some.  Perhaps when Andrea Mitchell finishes with her five billioneth attempt to explain Herr D. to the “fence riders,”  she’ll give the story at least a 60 seconds of her time.

It seems that the ruling authorities, in collaboration with delusional men who parade in public squares wearing ridiculous robes, stupid hats and even stupider shoes have decided that (a) all abortions will be banned, (b) women who receive an abortion will be jailed, (c) doctors who have performed a procedure that leads to the death of a fetus will be prosecuted and (d) women who have a miscarriage will be “investigated.”

The new anti-abortion measures have gone to the last committee for review and then passage.  I can’t wait to see what the bozos with pen in hand will do in the face of near universal condemnation.

An article at the Krakow Post describes the protest well.

Click HERE to watch a statement of solidarity from Icelandic women.  It’s excellent. 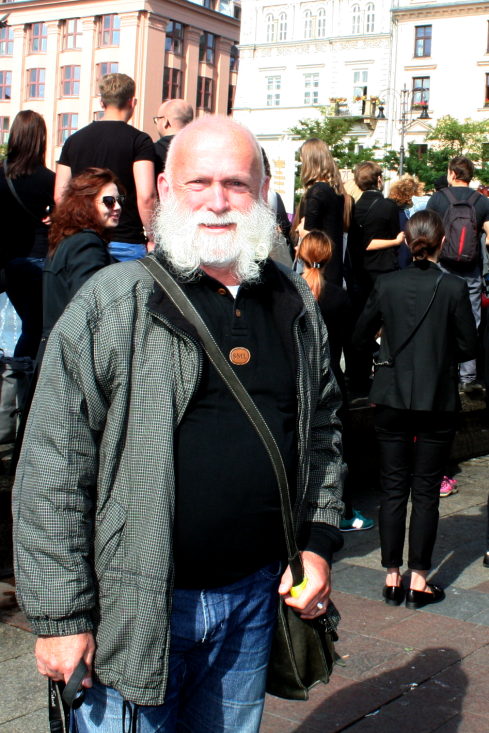 The 68-year-old said that he has become more active in politics since his grown children moved abroad and he started his pension, participating in groups that support not only women’s rights but also those for refugees and sexual minorities – “people who have no protection from the authorities.” He feels frustrated that women in particular are targeted for prosecution by (mostly male) anti-abortion lawmakers, as if the pregnant women “were all a bunch of Virgin Marys,” and accused PiS of manipulating the public’s emotions for political gain. Although he identifies as Catholic, he acknowledges that some in the Church might not say so because of his liberal views. Jacek expressed a wish that the members of the young national ultra-right – “these young men with shaved head and Polish eagles on their jackets” – would better learn their history and that doing so would open their minds. About this, however, he confesses, “I am not an optimist.”

Mocker of superstition and woo.
View all posts by Rev. El Mundo →
This entry was posted in Current Events, politics and tagged abortion ban, Catholic church, Poland. Bookmark the permalink.