Small town attention/thrill seekers form a ghost hunting team, meet a theater professor with a flair for the dramatic and have a sleepover in a university theater. Will you find out about their hijinx and adventure in the next Goosebumps novel? Oh no, gather ’round children — this story is coming to you straight from the Pittsburgh Post-Gazette, Tribune-Review, and WPXI.

From the Are You Kidding Me files (via several alert readers), may I direct your attention to the following links: 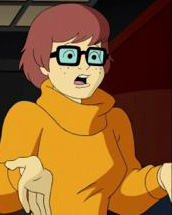 Not a note of skepticism, or a hint of anything other than credulity in the whole bunch. Is it laziness? Is it all some lame publicity stunt for a spooky production in the works by SRU? Is it just standard hopping on the trendy ghost hunting train to get viewers and readers to stay tuned after these words from our sponsor [insert commercial for The Ghost Whisperer here]? I don’t know because Craig Smith and Anya Sostek didn’t ask these questions.

A quick google search turned up the ghosthunter’s Paranormal Investigative Team’s website, Baelfire Paranormal Investigation.(According to the second Google result  it is hosted on Angelfire. You remember Angelfire, right? Like Geocities only more Angely. But also with Fire, so totally cool.) It has animations and is very stylish and professional. And I am completely convinced, as someone with several years of past work experience in a color photo lab, by their photographic evidence of paranormal energy spikes that could in no way be examples of light leak, a common cause of red and pink streaks across photos due to hairline cracks in camera bodies, or poor film handling, that this crew knows what they are doing. I can totally see why this exciting developing story is being followed so closely by our local news outlets!

I have started and deleted many drafts of a letter to the editors several times over the past week but I cannot muster anything that is more polite and respectful than I typically am. I am not the best person for this one, so I will stick to making fun of it here, and hopefully inspiring folks with more judicious balance of respect and smacktalk to write the letters, and maybe after Mr. Lewis’s two-week deliberation over whether or not the theater is “officially haunted” the local news will try the story again with a bit more professionalism, and I won’t have to.

If you are interested in a more rational approach to all-things-spooky, have a look at this excellent 2006 Skeptical Inquirer article, Ghost Hunters, written by Joe Nickell. (Thank you, Lauren!)